Gisela Paterno is one of the winners of the Maroon Trio Composition Competition. You can see the world premiere of her new work performed May 20 at La Esquina. Visit Gisella's website for more information on her compositions.
How would you describe your work?
Generally speaking I always seek to compose diverse pieces with different proposals.  With this piece, I wanted to explore the exploitation of a few pitch elements, consisting in a range of three notes on the first section: D-E-F (E being the key with two neighbouring notes, D and F) and on the second section G-A-B (same case, A being the key and G and B as its neighbouring notes).
The piece is based on a motive displayed on the first two bars, where the upbeat of a "con soffio" sound which resolves on a rhythmically strong melodic configuration, followed by the ending of the motive, its feminine part.
What interested you about writing for the Maroon Trio? How are you addressing writing for such an unusual instrumentation?
I was really interested in composing for such a unique instrumental combination. At the beginning, the combination seemed to be very heterogeneous, but then I discovered they have much in common, especially in the timbre connection between them.
What are you most excited about in the piece you're writing for the Maroon Trio?
Working actively with the musicians through the creative process, having their feedback from such a long distance was an amazing and enriching experience as a composer.
Your work will be performed in Kansas City. What impressions, if any, do you have about new music in the mid-western United States? (You can be honest.)
Honestly, I didn't know about new music in the mid-western United States, but after this competition in which I've got to know The Black house collective and they proved to be the sign that there is a thriving new music ambient in the mid-western United States.
__
Argentinian/Italian composer, guitarist, cellist and music teacher Gisela Paterno graduated from the Santa Ana Institute in 2006 and in 2012 graduated  in BMus (Hons.) at IUNA's Music Department (National University Institute of Arts) in composition.
Her works have been premiered in venues such as Cervantes Theatre (Argentina), National University of Lanus (UNLa), National University of the Arts (IUNA), Palace of the Legislature of Buenos Aires,  Buenos Aires Conservatory, UNINORTE University Hall (Paraguay)  and  Jan Hus Church in New York.
She currently lives in Kensington (London, UK) where she works as a composition and guitar teacher and freelance composer.
Labels: composition london how o learn to compose in london music lessons london music production london
Location: London W14 9LT, UK 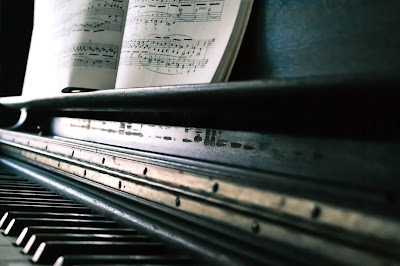